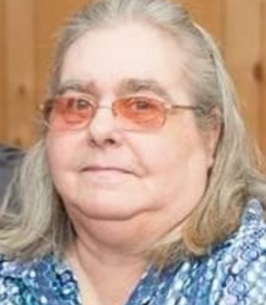 She was the loving wife of the late Daniel P. Merkel Sr. They celebrated 50 years of marriage together before his passing in 2019.

Born in East Stroudsburg, she was the daughter of the late Jake Dunlap and the late Ruth (McPeak) Dunlap.

Patricia was a manager in the laundry department at Fernwood Resort in East Stroudsburg for almost 20 years. Prior to that, she was a manager and waitress at Perkins in Stroudsburg for ten years. She had a great sense of humor, always joking around with her family members, and playfully giving them a hard time. She loved and adored her grandchildren and great grandchildren. Most of all, she was a loving and caring mother, grandmother, great grandmother, aunt, and friend. She will be deeply missed by all her friends and family.

She is survived by two sons, Daniel P. Merkel Jr. and his fiancée Irma of East Stroudsburg, Melvin Merkel and his girlfriend Amanda Margretta of Lansford; a daughter, Kerri Merkel of Stroudsburg; thirteen grandchildren, eight great grandchildren, and many nieces and nephews. In addition to her husband and parents, she was preceded in death by two brothers, Kenneth and Melvin Hammerstone, and two sisters, Gloria Miller and Nina Dodge.

A viewing will be held on Tuesday, January 18 from 1:00 PM to 2:00 PM at the Kresge Funeral Home, 1763 Route 209, Brodheadsville. Funeral services will follow at 2:00 PM with Rev. Robert Simon officiating. Burial will follow in Buena Vista Cemetery, Brodheadsville.